The artistic patrimony in Venice is immeasurable. The marvels it holds in churches, museums, but even the ones in the “open air” are uncountable. Visiting Venice means filling up on beauty, enjoying the marvels of art and architecture step after step.

But in the lagoon there aren’t just grand masterpieces of artists that have mad the history of this city immortal. There aren’t just works of Tintoretto, Tiziano, Veronese. No for some months now Venice is enriched with another artistic excellence, that everyone can see, when they want, free of cost-by simply walking around the Campo Santo Margherita area: here is where Bansky’s work is found  in fact, the celebrated artist whose identity is unknown. 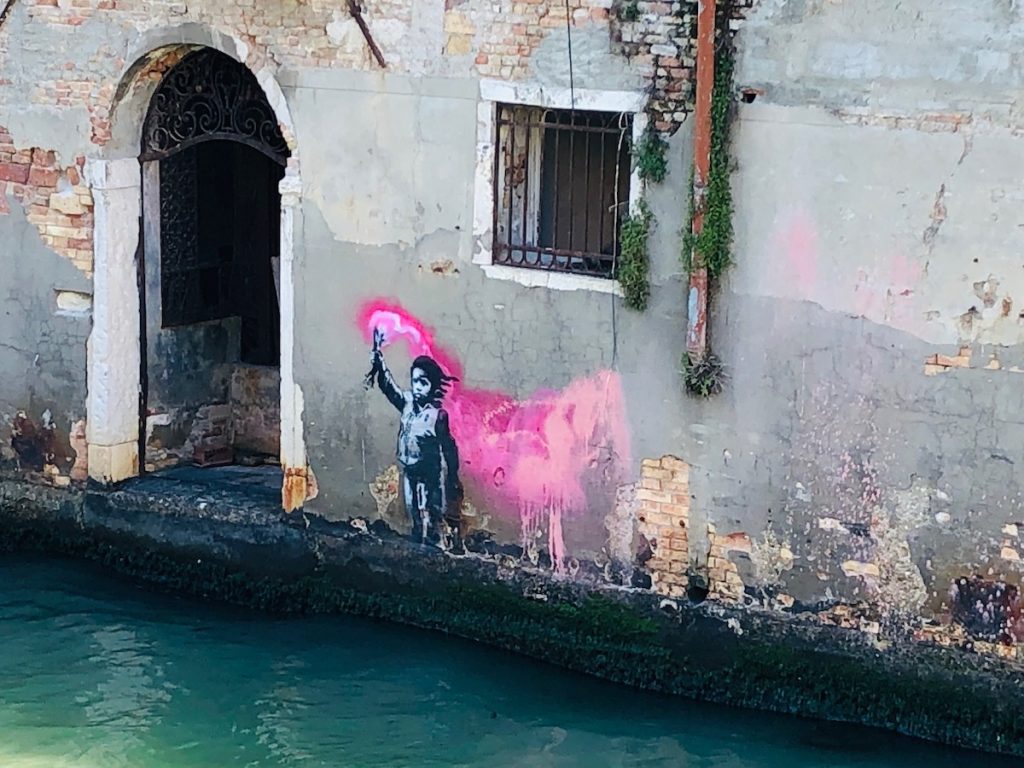 It happened like this, one quiet Thursday morning in May, on a wall of a fascinating palace that faces Rio Novo, at the point of campo San Pantalon, a stencil clearly attributed to the artist from Bristol, depicted was a little girl holding a warning missile. The artist in fact acknowledged the work of art a few days later.

But that’s not all. Venice- in those days was once again a platform of the English street-artist’s work thanks to a performance regarding the large cruise ships in the city. Becoming a video for everyone to see.

As a matter of fact, if the Biennale is already different than all the other institutions it reminds us how Venice isn’t only rich in history, but it’s the stage for some of the most important movements of contemporary art, there is now one more reason, democratically available for everyone, to know that the platform of art on this island is alive and always in movement.

BOOK NOW YOUR APARTMENT IN VENICE