Carnival in Venice: Just mention carnival and you’ll start dreaming. Even if throughout the years the famous Venetian celebration has slightly transformed itself, it remains one of the most awaited events for venetians and tourists alike.

Originally a festival where for fun (and obviously for a limited time) customs and social classes would overturn hiding themselves behind masks that in some way put everyone on the same level. Today, the Venetian Carnival is a much more articulated festival. The year’s program is rich with events that are concentrated during the opening days and during “Fat Tuesday and Fat Thursday.”

So here then are some of the more interesting and fun attractions of 2016 Venetian Carnival. (from January 23rd to the 9th of February 2016): 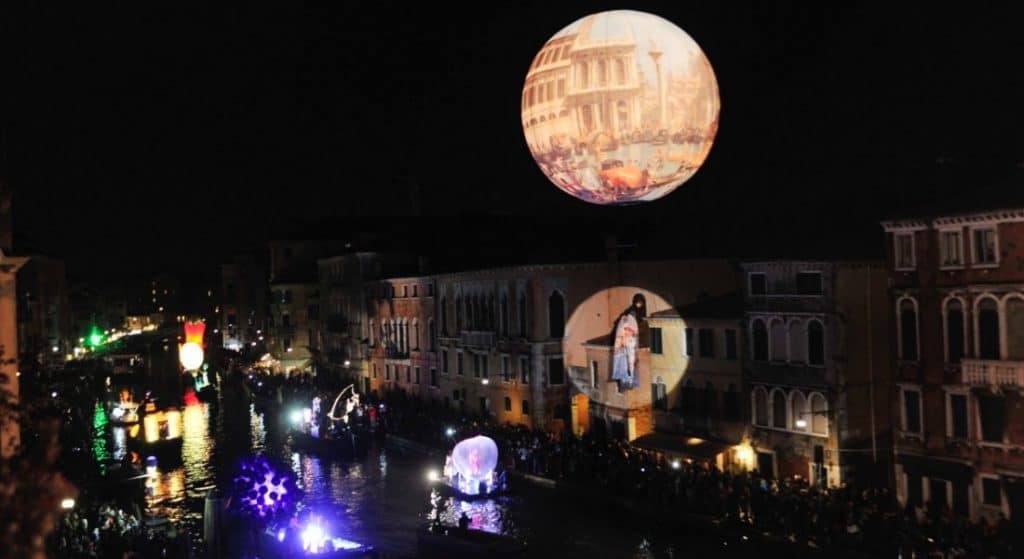 Thought there weren’t any allegoric carnival floats? You’re right; but there are water floats but then again what else for a city on water. A procession from the Cannaregio Rio (where our apartment Ca’ delle Ciocche is found) will exhibit acrobats and flying ballerinas on one of the most suggestive canals in Venice. Repeated again on the 24th at 11 a.m. with the parade of traditional boats of the Regata delle Remiere, as well as wine and food stands set along the fondamenta in its occasion.

Flight of the Angel, the Hawk, and the launch of the Lion (January 31st, February   7th and 9th) 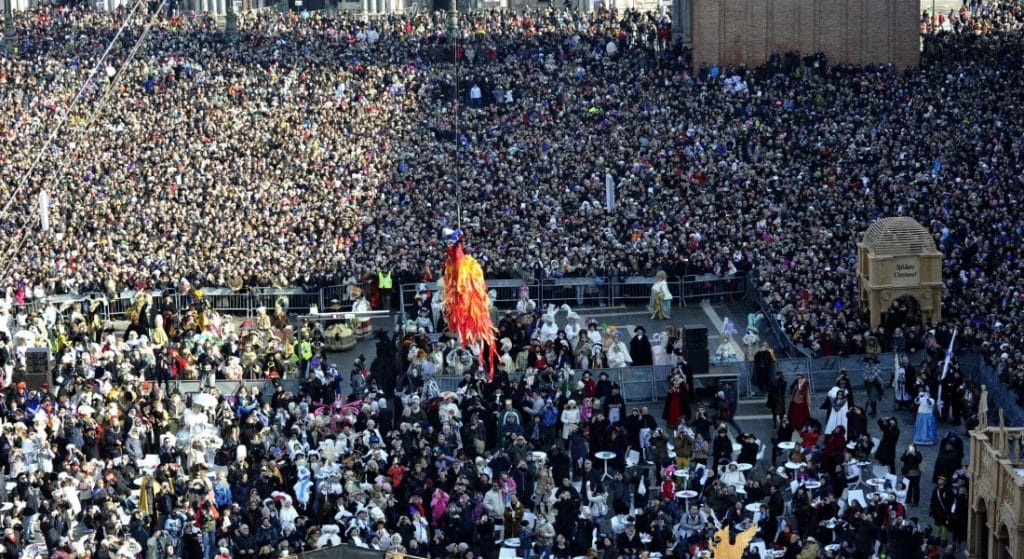 You fly in Venice. You can’t miss one of the most memorable moments during the official opening of Carnival in Piazza San Marco. The flight of the Angel traditionally sends the winner of the Marie Pageant (Venetian Beauties that is)  “flying” from the San Marco Bell Tower, strapped to a wire connected to the center stage in Piazza. An event that repeats itself in other forms, February 7th with the flight of the Hawk and the 9th with the launch of the Lion (which is actually the Venetian Heraldic Banner that is lowered down)

Festival of the Marie (Janurary 30th and 9th of Feburary) 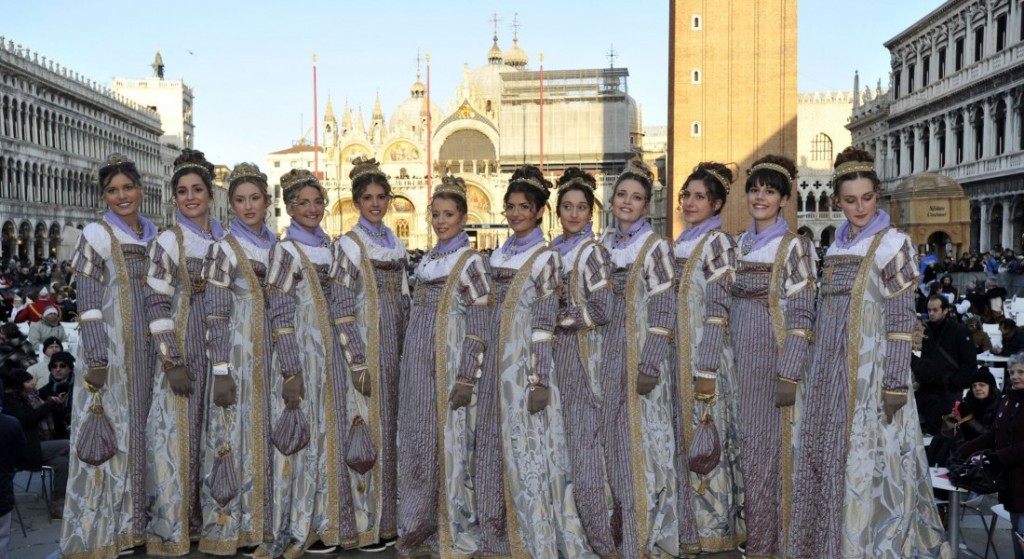 A procession (from S.Piero to San Marco) a celebration in Piazza and a coronation- this festival pays homage the Doge that in the past would annually bring forth 12 of the most beautiful and humble Venetian damsels while generously adorning them with jewels for their wedding. Making it a perfect moment to admire the beautiful and traditional Venetian costumes.