We all know Venice is shaped like a fish; or more conventionally it’s shaped like an island. We all know that the city emerges from the serene waters of the lagoon. And yet once you enter the city center, it’s easy to lose perception and a clear definition of its perimeters.

The first thing that comes to mind is finding the perfect and special place- from up high- where we can get an idea of the city’s size and perimeters and see where things are positioned on this beautiful pearl of the Adriatic city. There are more than a couple strategic places, not including the amazing views from Palaces that give you a glimpse of Venetian rooftops (like the attic view from Ca’ Lodovica.) We also suggest you climb the winding stairs of Scala del Bovolo, or the last floor of the 18th century museum Ca’ Rezzonico, and last but not least the marvelous Tower di Porta at the Nuova Arsenale. 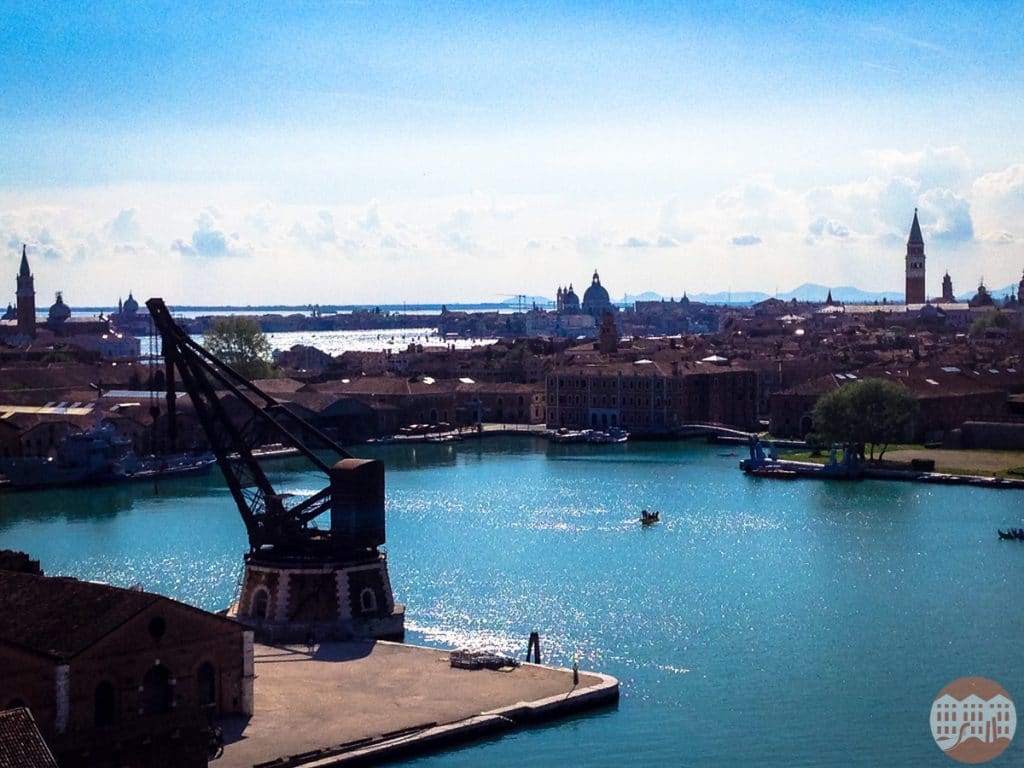 Surely, the “must see” best panoramic view in Venice couldn’t be anything other than the Bell Tower in Saint Mark’s square. (don’t forget the San Giorgio bell tower though)

Once you’ve reached the top of the San Marco Bell tower, just below the 100-meter mark you’ll see the most breathtaking view of Venice. Where, to the west the lagoon connects to the mainland and to the East it opens up to the Adriatic Sea just behind the island of Lido. On limpid and terse days, you can see the Dolomites like you have never seen them before, it’s as if you can touch them. 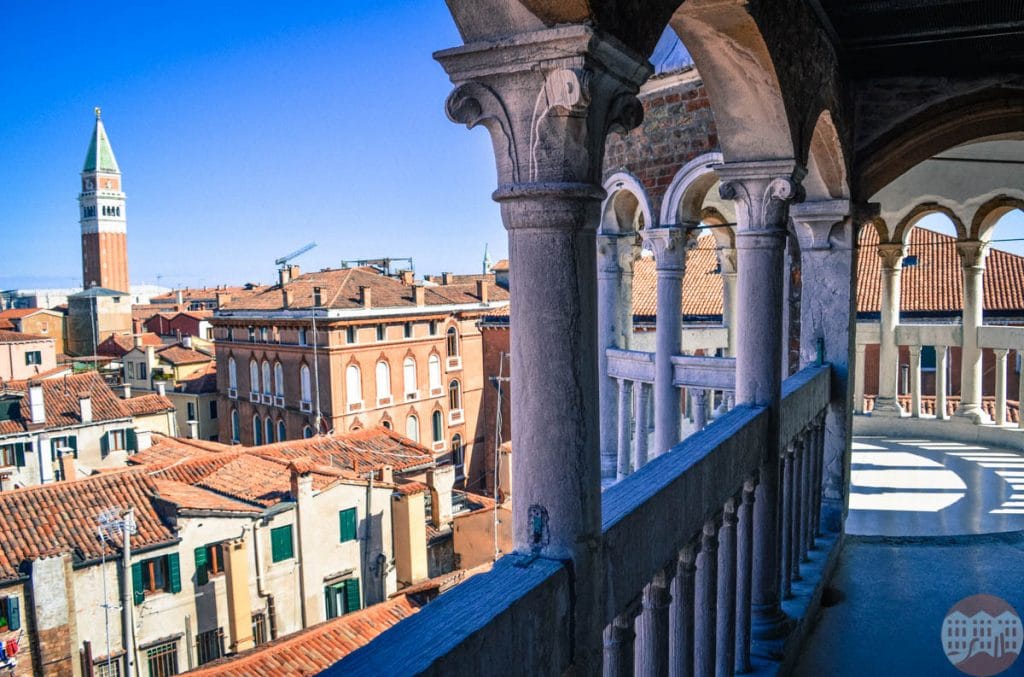 Everything seems clearer: Venice a fish? Exactly. Venice a splendid Island? Absolutely.  A little city built on water and surrounded by numerous islands? So true.  Seeing Venice from the many bell towers allows you to admire the Grand Canal, the imminent churches and magnificent palaces. You won’t stop taking pictures or absorbing Venice’s beauty, but we definitely suggest you try it, even for an hour. Put your camera aside and be seduced by Venice’s charm, especially if you are up high on a tower gazing out during Sunset: an unforgettable memory is guaranteed.