Just when you think you’ve heard and seen all there is to see in Venice, some new detail will emerge, a magical moment, another marvelous unexpected piece to the puzzle is ready to reveal once more the beauty the city has to offer. This time it’s the Royal Gardens in San Marco, a small botanical paradise that will see new light in the second part of 2018 and will finally become, after years of degradation, one of the most beautiful gardens in Venice.

The Royal garden’s history dates back to the Marciana Reformation, appointed by Napoleon in the beginning 1800’s. The garden, formally with geometric flowerbeds, was conceived as a prolongment to the palazzo with a bridge that was built to allow walking on water in the San Marco basin, making it one of the best views of The Royal Palace. In 1808 the ancient granaries were demolished, which at that time were being used as barracks.

From 1815, with the return of the Austrians, a green house was built on the Zecca Bridge and a neoclassical pavilion, the Cafehaus. On December 23, 1920 the Royal Gardens were open to the public and handed over to the city council. 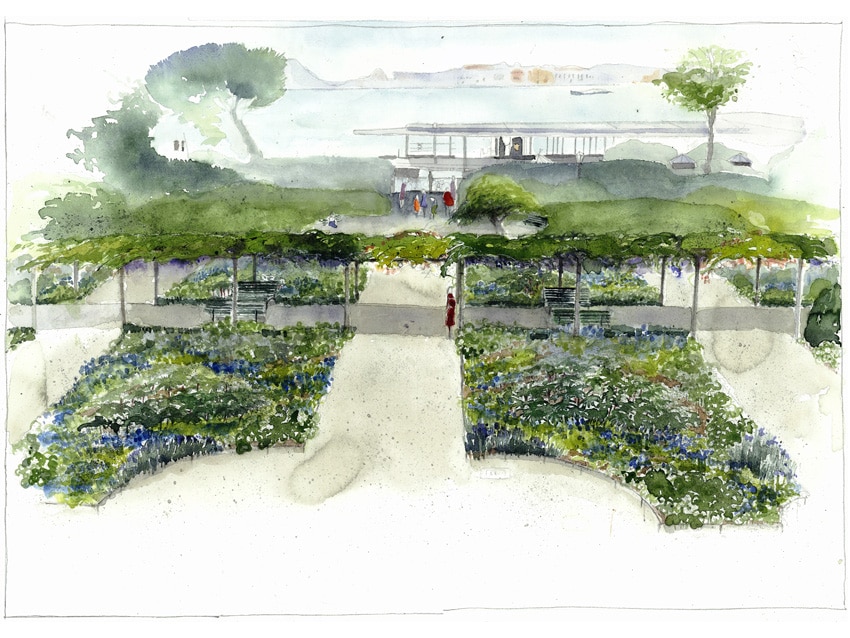 Thanks to the Venice Gardens Foundation contributions, The Royal Gardens will regain their splendor and become a new unforgettable area just a couple meters from the San Marco Palazzo. The renovation will include the architectural components (the Café Pavilion, the Greenhouse, the bridge, the arbor, the lamps, and fences) as well as the garden, which will have new plants, greenery, and flowers. In this renovated space it will be possible to relax and enjoy new areas, in particular a new access point to the Marciana Piazza through the bridge and the Correr Museum courtyards.