They stand out between palaces and are scattered about Venice with calculated randomness. They are the Venetian Bell Towers. There are more than 100 (170 more or less when counting the island ones) and at first glance they can seem similar to each other. In reality they each have a different story and architecture.

Every Church has one, but that’s not always true; some are very tall but not too tall, they ring at all hours, but really just a few actually do. But as we know Venice has many exceptions. Even though there are many, the centuries have transformed the Venetian skyline of bell towers; some have been demolished because they were dangerous, others collapsed, and many have been reconstructed and renovated. You can use the Venetian Bell Towers as points of references to avoid getting lost, or you can plan an itinerary that aims to visit the most beautiful and most curious bunch of them. Here then is a list of Bell towers you shouldn’t miss.

Bell Towers you can visit 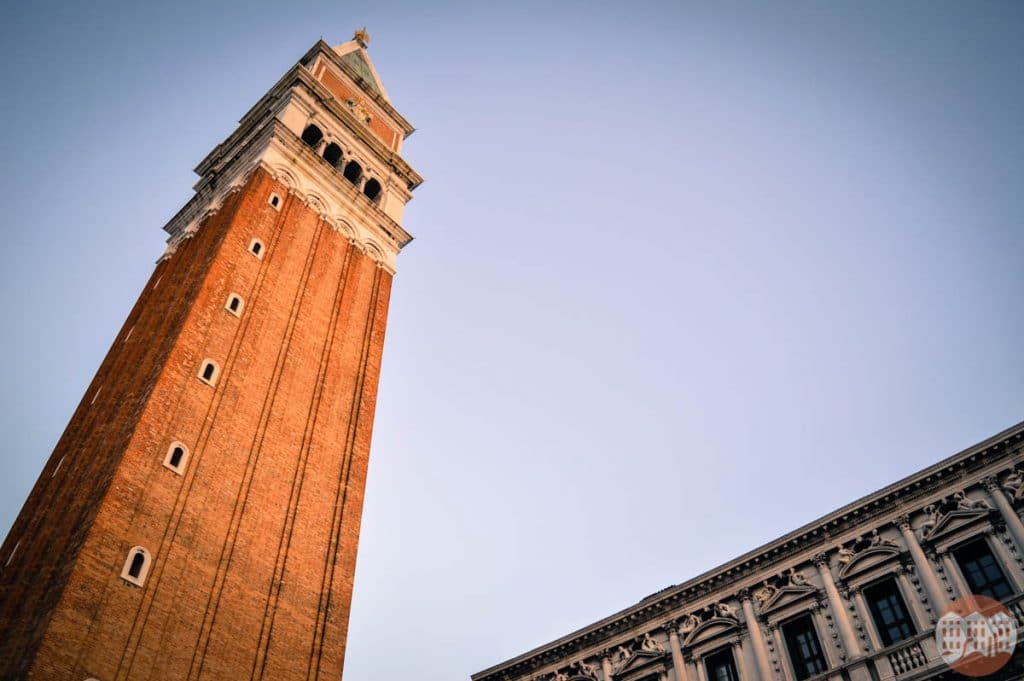 Unfortunately there aren’t very many, but for the ones you can visit, the view up top is priceless.  Obviously the higher you go the more people you will encounter – an example the very tall Peron di Casa (Man of the House), as the Venetians call the Bell Tower of San Marco. Another tower hosts the famous Marangona (a big bell) that rung the daily hours for carpenter workers of the Arsenale as well as summoning the Maggior Consiglio  (highest council) meetings.  The Bell Tower we see today is not the original of the IX century, but rather a reconstructed version after its collapse in 1902 (the ticket to visit is 8 euros per person, and during winter only in the morning.) Just as spectacular is the marvelous visit to the San Giorgio Bell Tower, on the island of San Giorgio, located just in front of Piazza San Marco.  If you would like to try something different then visit the incredible Clock Tower. 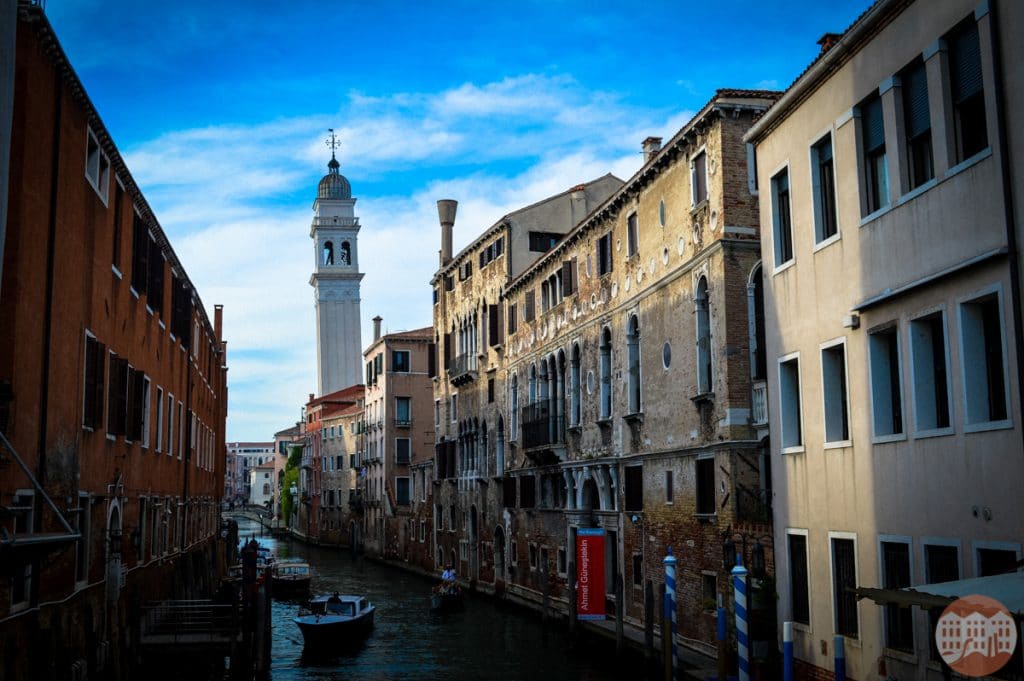 There isn’t just the Leaning Tower of Pisa that challenges gravity. Even in Venice there are a few leaning towers that look like they are on the verge of falling: Try looking at the Bell Tower of San Giorgio dei Greci, or that of Santo Stefano or even the one of San Piero of Castello.

Not all Bell Towers are the same in Venice. The Salute church for example has two twin towers behind it; that of San Giovanni e Paolo, like many others, is composed of only one Bell on the roof of the Church: and others like that of Madonna dell’Orto that have particular and fascinating decorations. Some bell towers have details mimicking clocks (S. Giacometo) or others that are just simply breath taking like the one in Santa Margherita and San Boldo.